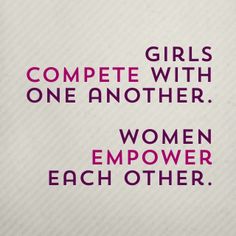 I just had a really rough couple of days. Good or bad. It gave me time to think.

The very nature of triathlon is competition. Unlike qualifying for Boston where you need to hit a qualifying time (as difficult as that is to do), triathlon is a different animal. In order to qualify for anything, you must beat other triathletes.

This fosters an environment of tremendous competition. If you want to be successful in triathlon, this competition has to be managed emotionally.

These points needs to be stressed.

YOUR SUCCESS DOES NOT EQUAL SOMEONE ELSE'S FAILURE.

LIKEWISE, SOMEONE ELSE'S SUCCESS DOES NOT EQUAL YOUR FAILURE.

Your success can equal someone else's success.

Your only competition is who you were yesterday. You can be genuinely happy for someone else's success without compromising your own success.

These comments and actions do NOT reflect on who I am as a person.


Their words and actions ONLY reflect on the type of person they are. I have found that athletes with the biggest egos typically have the lowest confidence. They believe in tearing people down instead of building them up. These are very angry, jealous people. They are jealous of YOU and what you have accomplished and what you can accomplish. (That's my experience anyway). We are all at different point in our athletic careers. Me? I'm a late bloomer. I had kids at a very young age. When some women were pouring everything into being the best athlete they could be. I was doing double duty with diapers and just happy to get out for a 3mile run every now and then. 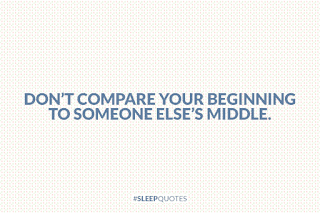 These people represent the minority of the people who race. Unfortunately, they exist in every sport.

These random thoughts came about because as I was laying in bed in misery on Monday, I was thinking about several incidences over the years.

In one situation, I asked a "friend" how she did at her recent 10k. She laughed and said, "I'm not telling you. You're my competition. You're just trying to size me up."

1.) Maybe she doesn't realize that her times are posted online. If I was really interested in finish times, I could spend hours looking up people. That's not how I roll.


On the other hand, some of my friends are the most incredible athletes. They are also the most down to earth, humble people you will ever meet. This situation though, is about a woman I met at Nationals.

When you do local races, you tend to know the athletes who are about your speeds, paces. When I went to Nationals, I ran into a woman. She looked very familiar to me, but I knew I had never met her. I went up to her and asked if she was from CO. After we made introductions, I realized that she was one of the top 10 women in my age group in the US. She was someone who had a very real chance at winning Nationals. (She had in previous years). 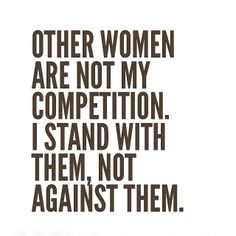 Here's the best part. If I didn't recognize her name, I would never have known she was a top age grouper. She was the nicest person. I told her it was my first time doing Nationals. She gave me all kids of advice, so I could have my best race.

The best triathletes know that we need others to have their best races in order to pull out our best races.

If you are focused on beating someone else, you cannot focus on your race. I don't care what the distance is. Your goal is to put your best race forward. Yes, it is ok to want to chase someone down if they pass you....or to want to "pick off" people during a race. The difference is that you are using other athletes to push you to be better. At the end of races, I have thanked women for making me run harder. I have thanked them for helping me get a PR.

When you are genuinely happy for someone else's success, when you treat other athletes with respect, you are what makes this sport great.