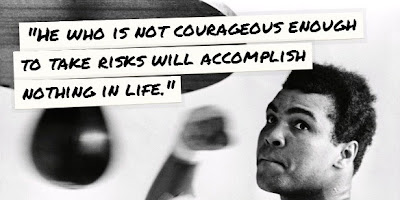 It's been years since I've written a year in review type of post.

This post is being written out of frustration & focus.

Earlier this year, I was really frustrated with myself.  I was accomplishing goal after goal, but I still wasn't doing what I thought I was capable of doing.

Mr. Tea has said a few times over the years, "If you drop a few pounds you'll be faster." I always knew he was right. I did everything that I thought was the right way to do things, but nothing happened.

In Spring of this year, he saw my frustration mounting. He said it again, "You'd be faster if...."

I knew he was right. I don't take offense to comments like that. He, more than anyone, knows what my far off goals are.

I always want the feedback.

A few weeks later, Liz said to me, "I'd really like (or maybe it was "recommend") for you to work with a nutritionist."

When Liz says things to me, I listen. I guess it was really that she was the 2nd person to say something to me.

For 2 months, I looked around. At the time, I was on a few tri-related boards (that I have since left), and I got some great recommendations. I started researching, made my decision & was incredibly eager to start....the timing was perfect. I'd get everything lined up and be ready to race my BEST at Nationals......

I had some family issues come up.

I had to put my plans on hold.

Months went by. I was able to start in July. After talking to Dina, we decided it would be best to wait until my off season (immediately after Nationals).

I was patient. I waited. It's hard to go out there, give your best (for where you are), knowing that your best was screaming to come out.

I suffered through Nationals, knowing that there was a new level of greatness, out there on the horizon just waiting for me.....but I had to wait for it.

When I started working with Dina, I felt like a weight was lifted. I know that sounds corny, but I had waited and waited. The excitement had built up.

She was so much more than I ever could have wished for.

When I dropped 12lbs, Liz and I decided that I'd run my birthday 5k. I was GEEKED. Here I was, 12lbs lighter, feeling better than ever and running faster than ever.

Unfortunately, I picked a terrible race that was filled with the biggest hills. Hills so steep that I couldn't truly "run" the downhills.

I thought the race would be a huge PR.....but it wasn't. There were a lot of great things that happened. I surged the hills. I didn't back down.

But dammit, I knew I was faster than my time.

I tucked it away. I had the Turkey Trot the following month. Liz and I aimed for another PR. This time, it was in the bag. I knew I was going to get that PR.

I hit the weights harder, more driven. I surged up hill repeats. I ran intervals harder than ever.

By the time the TT rolled around, I was down 16lbs.

Once again, no PR. I managed to stay vertical. Again, there were a lot of "clues" to the speed that was hiding below the surface.

This time Liz could sense my frustration. She sent me a note that said, "When it's your time, YOU WILL SHINE."

I shook it off again.

Hit the weights harder. Did more. Ran more. Biked more. Went all out at masters.

Even following her plan, I KNEW I was capable of getting a PR. My HR zone/paces pointed to it. All I had to do....was pace it like my upcoming half marathon.

It was the most treacherous race I've ever done.

Once again, no PR.

Once again seeing glimpses of greatness.

Mr. Tea and I went out for lunch. I think he could sense my mood.

He said, "You know what your problem is? You have a sports car in garage, but you haven't been able to open it up. It's stuck in the garage."


He summed up my entire year in one sentence. I've put in all the work. I've done everything I could. I've done all the training. I took every piece of advice I got.

But, I haven't been able to put it all together.