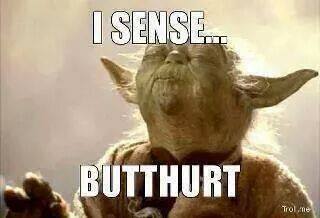 Coach Liz is known for her challenge workouts. (That's my own terminology).

I've been with Liz for a little over a year, and I've never gotten a challenge workout until this week. I've heard about the workouts from other athletes. When they show up on your plan, there's no statement of "challenge workout" or "you'll be tested" or anything like that. It just shows up as a regular workout.

You don't even know until you start it. Then, you realize it immediately.

For the past few months, she has been giving me very hard bike workouts. Every time I get one, I think, "Ok. This will be really hard but doable."  I always manage to exceed the goals.

Last week, I saw the bike workout on my plan. I had to pause.

If you aren't familiar with power on the bike, I think I can explain it like this. Let's say you run a 5k at a 9:00 pace. BUT that pace is everything you have, grunting to finish, feeling like you will pass out if you have to take one more step.

I saw the workout. Again I thought, "THIS is going to be tough".

And OH, was I ever right. After the very first interval, my legs were jelly, shaking, and I had to rest my head on my aero bars; I needed every second of the 3 minutes to recover.

I thought to myself, "I have to do this 5 more times".

My head never really fills with negative thoughts. I never thought "I just can't do this".

I pushed as hard as I could. EVERYTHING I had.

When you look at the workout, it's 15 minutes of over and way over threshold. 15 minutes.

It was harder than the bike test.

At the 3rd interval, the middle minute, I just missed the watts. That made me go harder for the :30.

At the 5th interval, I missed the :30 watts by 10 watts. That made me go harder for the last set.

When it was all said and done, I missed the watts in 2 sections (that one middle minute and the one :30)

This workout isn't over yet.

When I got off the bike, I thought to myself, "What is wrong with her".

The question really should have been, "What is wrong with ME?"

I didn't realize that this was a challenge workout. I mean. I'd never had one. I just thought it was another one of Liz's extremely difficult workouts.

I still had a run to do.


When I finished the workout, I had to lay down. I didn't want to move. I didn't know if I could move.

I felt empty: physically and emotionally, like I have never felt in my life.

I gave everything I had. I didn't back down, and I still missed two intervals. I made 16 of them and missed two. Even on the two that I missed, it wasn't because I gave up. It was because I just couldn't get there. I was maxed out. I should feel great, right?

I should feel great about it.  Nothing.

I wondered if THIS was the feeling that GREAT athletes feel. It went so far beyond working hard that it left me empty, not relaxed, not feeling like a job well done, not feeling tired. EMPTY.

When I filled in the details of my training log, I told her, pretty much everything I've said here....but mostly that I feel nothing and I missed a couple of intervals even though I gave everything. It was like for the first time ever I maxed myself out. How many times have I said, "I don't even know my potential because I've never even hit that ceiling."? MANY many times. When I say "potential", I am not talking about a static place. I'm referring to a constantly moving target. As I get stronger and faster, my potential will increase. My potential this year is greater than my potential last year.

She wrote back to me that this workout wasn't about the watts. This workout was to see if I had the guts to do it. She wanted to see what I'd do. Would I do it? Or would I back down? When I got tired, would I come back stronger or weaker on the next interval?

It was a mental test, and I did it.