Tales from the bike: How to be a bad ass 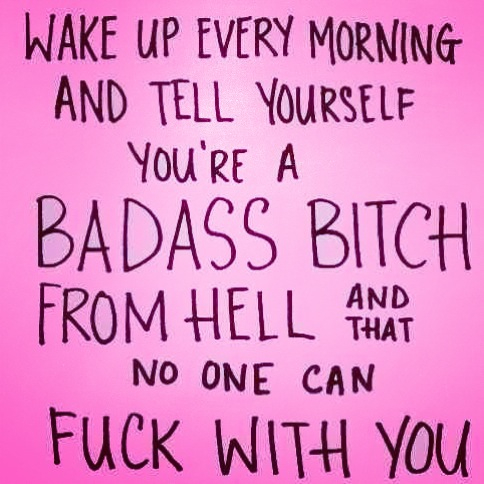 Why the attitude, Tea?

BECAUSE I FUCKING CRASHED MY BIKE, WIPED MYSELF OFF AND FINISHED THE FUCKING RIDE + A RUN BARELY BEING ABLE TO BREATHE.

Bad ass? Fucking right, it was.

As of today, I'm able to breathe fairly well; however, sneezing, couging laughing, opening windows, lifting anything.....pretty much hurts with a bruised sternum.

How did it happen? I have no idea. One minute I'm up. Then next minute I'm lying on the ground with aerobars lodged in my left boob.

You might think: Well, that pretty much SUCKS. You'd be right. Except for a few things.

First: I went to the bike shop. The service manager there knows me. He is the only one that works on my bike. When he found out what I did, he was awesome on so many levels. He checked out my bike, fixed what was necessary....and then (since he's a triathlete and all), he wrote this at the bottom of my receipt. 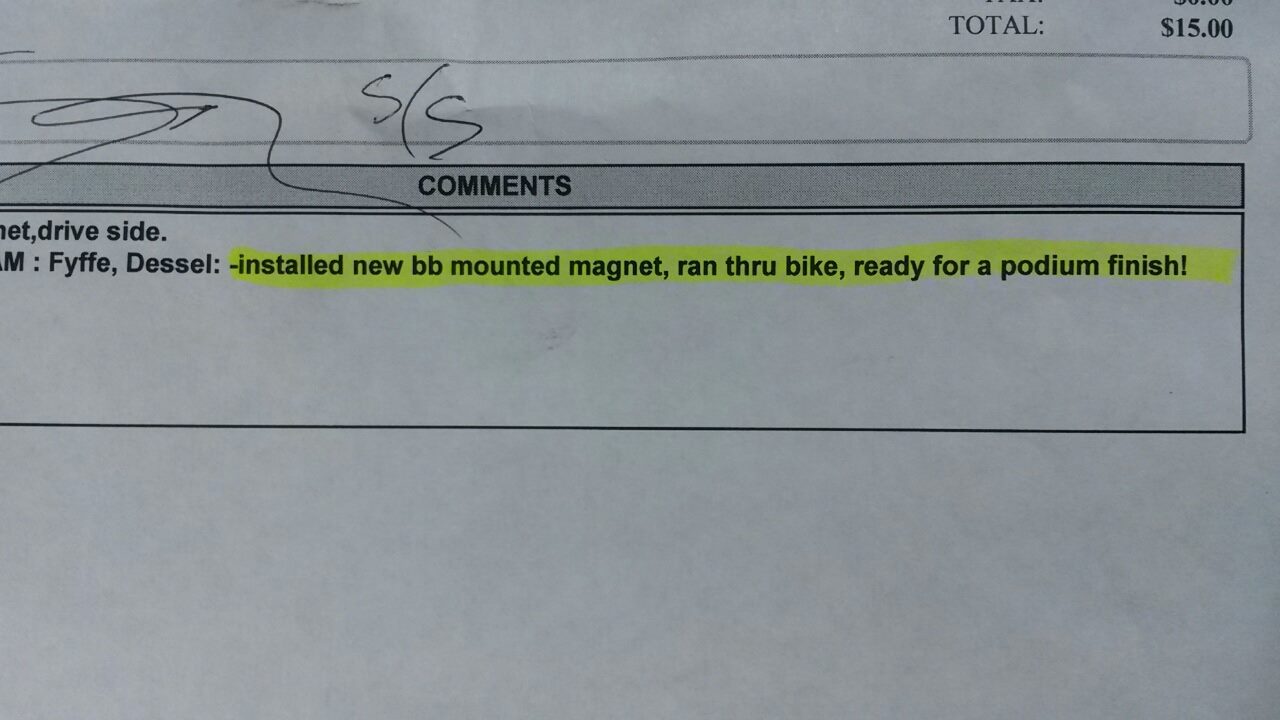 Not only did he do that, but since I'm unable to move very well, he brought my bike out for me.

Of course, he also left me a smart ass voicemail that made me laugh. Did I mention how much it hurts to laugh?

Oh. I'll get even with that one.

Second: I attempted a swim on Monday. I knew it was really going to hurt. Immediately, I realized that there were a few things that were absolutely OUT of the question: fly, breast stroke, flip turns and using paddles.

I could barely get enough air and had to go extremely slow.

Then, I discovered something pretty amazing. If I used the best form that I could, I could swim minimizing the pain. AND, if I used the pull buoy, it kept my body in perfect form and made the swim hurt even less. I swam 1500m that day at a 3:00/100m pace.

I swam again today. Flip turns, A-OK. Using paddles: A-OK. I'm not yet to the point where I can trust fly or breast stroke, but that's a really small issue. I'm not quite able to sprint or even go particularly hard, but I could swim today with minimal pain & considerably less than Monday.

I realized that as unfortunate as the crash was, I'm going to be a better swimmer because of it. In order to minimize my discomfort, I have to focus 100% on my form.

Sometimes, we have to slow down in order to go faster.

Tomorrow, I'm back on the bike for some hill repeats and a time trial.


I think I'll get a BAD ASS BITCH tattoo.