The power around me

Tonight is the night before my race. While I was out doing my pre-race workouts this morning, I was thinking about how fortunate I am now.

All in all, I lost people that I trained with several times a week, and I lost the person who (at the time) was my best friend.

Looking back now, I think if it had been just one person, I would have been able to handle things better. Several, put me over the edge.

For a long time, I felt like I had no one. I know. I had people in my life. But to go through some of the situations that I went through, I can't really explain how I felt except to say that I felt so alone....like I had been abandoned.

Here I was heading into my first 70.3 in so so long, and I had no one to get through the training with.

Over time, that hurt goes away. I still have days where I'll get mad about something, but it's much less often now.

I was walking down to the reservoir this morning, and I realized how full my life has become since that time.

I feel surrounded by people who support, love & believe in me. The numbers are smaller, but they hold more power.

They helped me go from such a sad, lonely place to a place where I feel like I can accomplish anything.

I don't want to call out anyone here because you know who you are.

Most of all, thank you for your honesty and making me laugh when I didn't think I could laugh.

Because of you, I feel like I own this shit.
Now 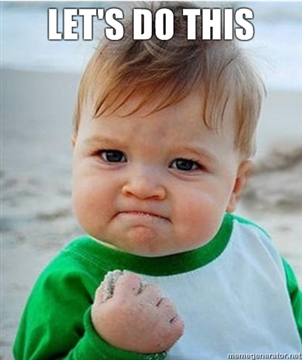