Can we just do this thing already? 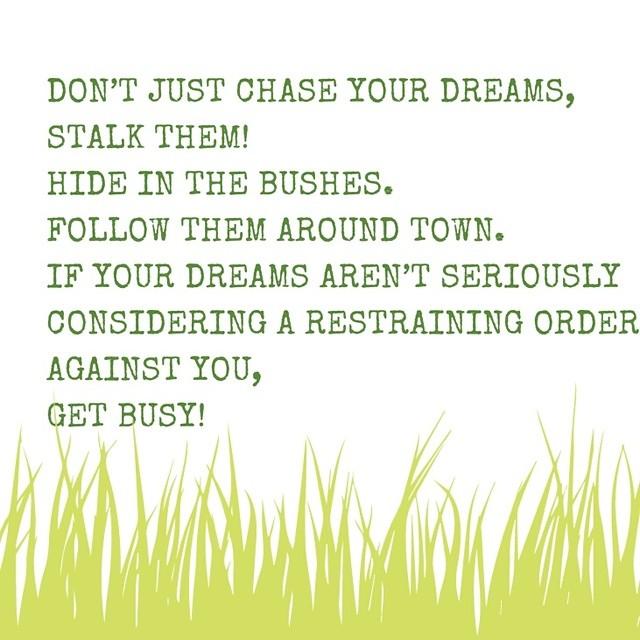 I'm starting to get impatient.

That's probably because I'm tired. I'm always eating. I'm tired of eating and being tired and doing laundry and finding time to get to the grocery store. I'm tired of getting up on weekend mornings to get my long rides/swims/runs done.

I only have 3 more weeks and really only 1 more weekend of training like this. Then, 1 easier weekend before the race.

I'm at the point where I just want to race, but I know there's a method to all this madness. There are peak weeks & taper. I've followed the plan this long, another 3 weeks is nothing.

It's not the individual workouts that are hard. Those are fine. It's the week after week of bigger volumes.

In the end it will be worth it.

I ran a split run the other day. Total mileage ended up being 10 miles with 6.5 of those miles being at HIM pace and faster, over.and.over.and.over. 5 minutes HIM, 4 minutes faster than HIM....then each interval of 4 minutes had to be faster than the previous one.

After that, I almost couldn't get myself into the car later in the day.

The next day, I could barely run 2 miles.

Then, I swam early Saturday morning....I could barely lift my arms for each stroke, and my back screamed at me the entire time.

Under all this training and muscle fatigue, there is greatness just sort of laying around, waiting for its moment to show its head.

I know its there. Well, I have to believe its there.

Right now, my mind and body are getting ready to race behind the scenes.My head is foggy. I can't remember the names of good friends. I may have worn the same outfit 3 days in a row. I stared at the cashier at the store yesterday when he asked me how far a half iron is.....did I randomly tell a complete stranger I was doing one? I've had pasta and chocolate milk for breakfast two days in a row because nothing is faster than leftovers...that and I love chocolate milk. Work seems to be going ok, so I'm assuming someone else must be actually doing my work temporarily.

Probably worst of all...I haven't played a word worth more than 7 points on Words with Friends in a week.

Other than my life being completely turned upside down for a short period of time, I have to call this training cycle a success.

It really does feel like my first 70.3 in every way. Although, I'm not yet to the point where I can be nervous, and I haven't had any race dreams yet. I'm just too tired for either of those things, I think.

I do have doubts about my ability to do what I need to do. Then, Liz said, 'I'm taking the thinking out of this for you. I will give you the plan. Just do what I say. Be a machine."

It's a way to deal with the details without getting wrapped up in the details = making the details, habits. Habits that I don't have to think about.