IM Boulder is over. With IM Boulder taking place and my own races coming up and so many really exciting plans on the horizon....I don't know where to begin. IM Boulder was so emotional. I had friends qualify for Kona for the first time ever. One person missed the spot by a margin so small it....hurts. I had friends complete their first Ironman; One of them, barely made the 17 hour cut off. Another person had a DNF. As she had said only a week earlier, "Triathlon is a cruel cruel sport". Because of that, I think, it's also the most amazing of all.

Although, I keep swearing that I'm not going to talk about the "exciting plans" until after Nationals. I will say this. I've been having on going conversations with the two people I trust the most. I think you all (err both of you faithful readers) will be really excited for me.

The reason I'm waiting is because I've learned to not to write about the next season or the season after that (in great depth) because training is really hard and really emotional for me. If I write on a bad day (which I do), you could think that I'm giving up triathlon. On the other hand, catch me in a great mood (which also happens), and I'm doing Ironman. Sometimes, it's just best to let the dust settle.

And well, the BiG EXCITING changes are more than training and races. So....get ready to be amazed!

We'll get to that in a couple of weeks.

I've never been one that expects miracles. I don't fall for flukes. Flukes are those days that for WHATever reason, you run faster than you have in the past. Or you have the best swim of your life. I don't allow myself to fall into the trap of thinking that crazy fast time is the new normal. I've seen so many people who change their goals based on a great workout.

It can happen for many reasons: you got a great night of sleep. You ate well. It can be any of a thousand reasons.

So, about a week and a half ago, when I ran my fastest times off the bike. I tucked it away. I didn't think of it.

It was a fluke. It wasn't real.

Then, I duplicated the effort 3 days later at a 7 mile run. I ran a 10K PR during a 7 mile training run. 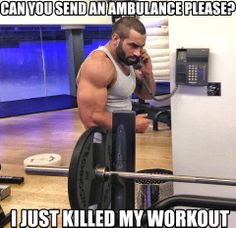 Then, 3 days later, I ran off the bike, again, at the same paces.

This isn't a fluke. This is real. I'm running faster off the bike than I ever have.

I've never gone into a race knowing that I'm faster. I always go into a race, hoping for a miracle, hoping that something magical will happen.

I have a plan for my 10k on Saturday. I'm going into this race knowing that I can run a 10k PR.  In fact, the real test will be DISCIPLINE. The discipline to NOT be fooled by feeling good the first mile. The discipline to hold back and slowly build the first 5k.  So, I can really run the last 5k.

I'm not hoping for magic to happen. I can make it happen on my own. 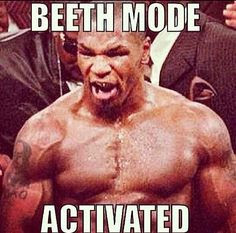 And that's just the run.