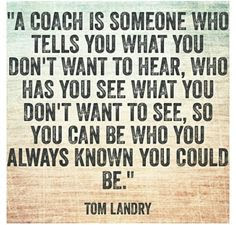 On Thanksgiving 2014, I found out I qualified for the National Championship. Even though it was Thanksgiving, I sent Liz an email and said, "I want to compete at both the Olympic and the Sprint. What do you think?"

Not even 10 seconds later, she responded, "I LOVE that idea. Let's DO IT!"


Fast forward to this morning.

I woke up to a love note from Coach Liz.

"This workout is going to be VERY tough, especially after yesterday. Dig Deep."

In order to train for back to back demanding races, I knew the training was going to be brutal. I didn't exactly know what to expect, but sometimes ignorance is bliss.

Today, my workout was a run-bike-run. HIGH intensity, all out efforts for two hours....because if you commit to racing hard two days in a row, the only way to get strong enough to handle that stress is to go harder than race day.

The first run was an easy run. Of course, immediately upon taking my first steps, I could feel my legs. They didn't have their normal bounce. The run wasn't particularly hard. It's that I felt more like I was trudging along. Focus on your form. That's it. This will be over before you know it.

And the smart ass in me responded with, "oh yeah. it'll be over in TWO hours. NO. problem."

When I got to the turn around, I was starting to warm up.  I got home and was feeling pretty decent. I had my bike and fuel set up and ready to go.

The warm up was a long one. 35 minutes of building and then a few warm up intervals at 95% FTP.

But I was distracted. I have some family things going on. My mind was racing. Thinking about everything. I decided to get off the bike for a minute. I went upstairs, took a breath and said, "Get your head right, Tea. You need to be here. In this exact moment if you want to get through this."

I went back downstairs and did something crazy. I set 2 outrageous goals.

I had 10 intervals. My goal was to increase power every 3 intervals. These intervals were done at ALL OUT Effort.

And they hurt really bad. After the first few, my legs were screaming at me to stop. 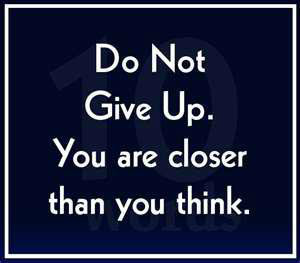 But I answered back, "You are ONLY cheating yourself if you quit!"

I held the aero bars as hard as I could. My hands were sweating. At one point I pulled myself up and out of my seat to drive as much power as I could.

I just hit 4 intervals at +490, but I was tired. I had 3 more intervals. I was getting tired. After each interval, my legs were shaking. I was going so hard, I felt physically sick. I would rest my head on the aero bars, and I could barely peddle during recovery.

DO IT AGAIN.  The battle between my head and legs went on. My head is screaming DO IT AGAIN. My legs are shaking. HOW. 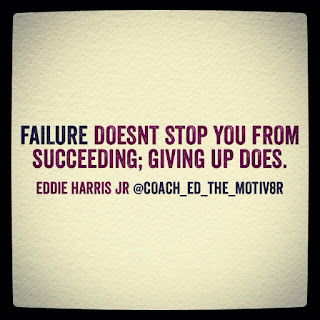 I have a very short, VERY short cooldown, and it's time to run.

Run intervals at a faster than 7:40 pace.

My legs are shaking. They feel heavier than they have EVER felt, but I ran hard anyway.

I felt like I couldn't get my legs to turnover fast enough.

I was tired. I started to think, "Maybe I didn't fuel enough".

No. She warned me. This is going to be tough. VERY tough.

But the thought never occurred to me to quit. Sure, I could have taken it easy. I could easily write in my log, "I gave what I could." Coach wouldn't know the difference. 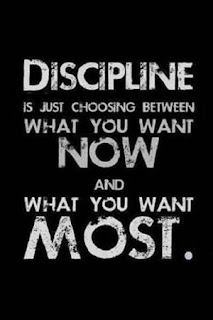 I just ran as hard as I could.

I didn't make all the intervals. I made most of them, but I gave everything I could.

I wrote in my log afterwards. I honestly didn't know if I was happy with my effort or if I was just happy to be done with the workout.

You know what stayed with me about that workout? That I missed a few intervals. That instead of running a 7:40, I ran a 7:50. THAT's what I thought about.

Am I faster than I used to be? Damn right I am.

I will guarantee that the next time I have that bike workout, I WILL hit +500 watts for 2 intervals. I WILL run all intervals at faster than a 7:40 pace.