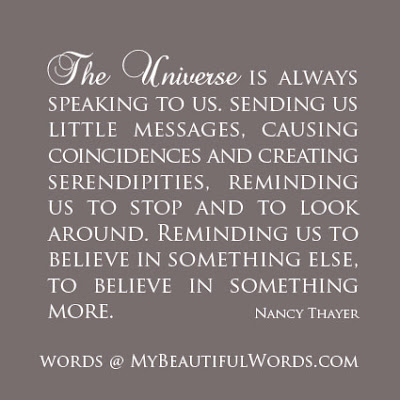 I have always believed in signs. I truly believe that the universe talks to us, and we have to be willing to listen......and trust.

Earlier this year, Mr. Tea told me he wouldn't be at my 70.3. I'm totally cool with that. The 70.3 is tough to watch. It's not my first. More than likely it won't be my last. I have friends who are doing the race. In other words, I would have plenty of support. There's something special about seeing friends on the race course. It's the "we're all in this together" attitude that I love. That high five can come just at the right moment.

In February, I found out my April & Sept races were canceled. The RD was not giving out refunds (as is normal), but they were transferring registrations to other races later in the year. This was problematic for me because these races were out of state, and I already had my race schedule set for the year.

I contacted the RD. I explained my situation. I told him that I really loved these races, and I asked, "Could you do anything for me?"

He deferred my registrations until 2017. I was shocked. That's never happened before.

Two weeks later, the end of feb, I found out about needing the surgery.

The first race that was canceled was scheduled for the beginning of April. My surgery is scheduled for 3/17. If the race hadn't been canceled, I would have had to miss it.

Liz and I talked. Liz had a c-section at the end of 2014. She turned around and raced to become the North American 70.3 champion in 2015. If anyone could get me ready for a 70.3 post-op, it was her. My surgery is in the same area and will have a similar recovery.

Still, I looked at the calendar. Is it too aggressive? Can I recover and get ramped up for the volume necessary to do the race?

I put the odds at 50-50 and mentally surrendered to the idea that the race was probably not going to happen. Mr. Tea wasn't going to be there. It's really no big deal. There are plenty of races to do.

The emotional roller coaster has been tough.

Regardless of where this takes me, I talked to Dina. She is advising me on foods that will help me recover and reduce the chances for infection.

Meanwhile, Liz and I have been full steam ahead. Bike tests every 4 weeks; run tests; swim tests.

Every test has been stronger than the previous one. I'm going harder for my strength work, and the results are....well, that I'm stronger.

Over dinner, I told Mr. Tea that I'd found another race at the end of June that I was planning on doing.

He said: I've been planning on going the entire time.

The universe is speaking to me, but I didn't realize it back in Feb.

I have my sights set on doing the 70.3. I'm going to keep training hard leading up to 3/17. I have a list of rehab exercises that I can start immediately after surgery. I can walk and climb stairs (and it is recommended that I do) the very next day.

I'm not going to think about what will happen or what can happen. I'm going to take every day as it comes and give my best that day.

This is the best I've felt about it. I've let go of expectations. I'm trusting the signs.