YOLO Race Report: Getting more than I gave

I don't know if any of you even knew I was racing. I don't believe I had mentioned it.

Several weeks back, Coach Liz recommended that I find one more sprint before Nationals. To me, in my opinion, I had a lot of loose ends I needed to clear up.

She wanted me to find a race where no one knew me, so I could take risks, be crazy and not feel any pressure. As luck would have it, I found the perfect race within walking distance from my house. It was made even more perfect by the fact that the Boulder Peak was the weekend before. The Peak is a regional qualifier for Nationals. It's a highly competitive event. So I knew competition would be light.....in other words....there wouldn't be any pressure to perform. 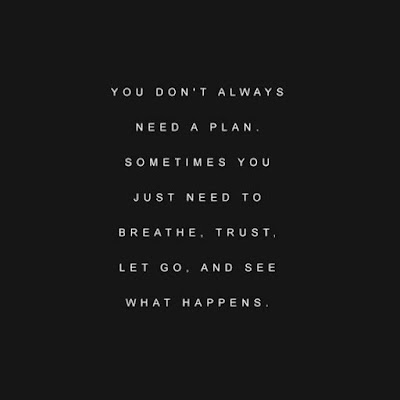 Interestingly enough, I ended up running into and seeing a ton of people I knew. MY good friend Jeff was there and we transitioned next to each other. There were other women that I race with regularly. It was really great to see them all after the race.)

I've had a rocky year with sprints: some uncontrollable issues, some completely controllable.

The point of this race was to get ready for Nationals. I had no finish time goals, nothing. I simply wanted to accomplish a few things.

Come on, now. This is a SPRINT. LET'S GET PUMPED!


Some of the issues that I wanted to address going in to this race:
1.) At my last sprint race, I bonked. I didn't fuel correctly going into the race. It was the first time it had ever happened to me (at a sprint), and really ruined my race. Even taking in calories during the race, I lacked power. I lacked any speed. A sprint (depending on the distances) requires pre race fueling for a 10k or half marathon.

For this race, I really took in calories prior to the race. I mean....I really ate. I would ask Mr. Tea: Are you hungry? He would say "No", and I would go find something to eat. The morning of the race, I used my NEW prerace fueling. I usually have a problem taking in calories on race morning. It might be nerves.....it could be anything. My new pre race fueling requires 100g of carbohydrates. (btw: I have been practicing this every morning for about 3 weeks).  I don't worry so much about the calories. I just focus on getting in my carbs.

My breakfast consisted of a bowl of cereal with milk (27g), 1 glass of orange juice (25g), 1 shot of beet juice (27g), 1 glass of chocolate milk (26g). I also have coffee with cream and sugar, but those amounts of carbs are sort of negligible when you're trying to hit 100.

In addition to this, 30 minutes before race start, I have my crank gel which is 150 calories (less sugar than most gels and more electolytes) and 37g of carbohydrates. Most gels have around 30% carbs from sugar. Crank has less than 20%.

If you are interested in trying Crank Gels, please message me. I can send you a link that will give you a discount. I can't post it here. They offer a sample box, so you can try all of the flavors. You can certainly order without my code by visiting the website.

2.) Dehydration: At my last oly, I was dehydrated right from the start. What? Really? How did this even happen? I was fully heat acclimation, only to get blind sided by dehydration.

Again, 30 minutes before race start, I take the gel with about 12oz of water. (The gels are larger than regular gels. I need more water to get it down.)

On the bike, I usually shoot for ~320-350 calories per hour and 1200mg of sodium. Cut that all in half for a sprint bike. (I went slightly higher because this bike course is a tough course, and I knew I would be out there for more than 30 minutes for the 12 miles).

I used 1.25 scoops of my custom infint blend + 1 additional scoop of Base salt (roughly 1/2tsp). (approximately 16oz of water mixed with the infinint).

In addition to that, I brought 24oz of water. On a hot day, I will go through the entire bottle in under an hour. For this race, it was cooler than expected, I drank about 18oz.


YES, ALL THIS FOR A SPRINT.

This race was set up to be PERFECT. Instead of starting by age group, they seeded us by swim times and did a time trial start (one swimmer every :03 seconds). My swim time for a 750m is 10:20ish. I was the 5th to start. That meant, for the first time since I was in my 30's, I didn't have to fight my way through the slower swimmers from ALL previous waves.

Sadly, I fell right back into my poor swimming technique. I raced at a 1:30 and was passed by the 2 people behind me.

Although my swim was slower, 3/4 of the way through the swim, I realized what I was doing wrong.

In that regard, this was a very good swim. Even though it was slower, I ended up being 1st in my AG. I was really shocked by that.

For the next three weeks, every time I'm in open water, I'm going to work on my "going fast" issue, er, lack of going fast issue.

4.) The bike. In April, I bought a new bike. I love my bike. It feels like we were made for each other. This bike is so much faster than my old bike. On the other hand, I have been racing WAY below my power zones. Liz and I talked through this. I'm going faster at lower power zones. The bike is considerably more aero than my previous bike. I believe that, in the 2 months that I've had it, I haven't gotten used to it yet. For example, I did my oly at 144 watts....no I'm not kidding. 144 is the bottom of zone 2 for me.

I got on the bike. I could only think of one thing. 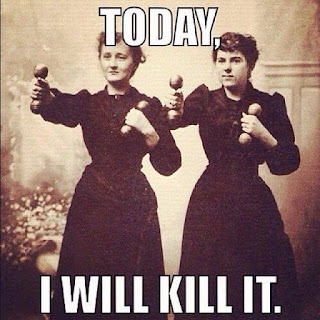 I was 2nd on the bike behind 1st by :15 seconds. I just didn't know it at the time, and I didn't care. I felt GREAT about my effort. Even though, it was quite Oly pacing, it was my best effort to date on the new bike.

5.) The run. The run was the great mystery for me. I really wanted to pace this as I would an oly because I haven't successfully paced a 10k off the bike run.

I thought start at a 10 minute mile pace. I thought I would finish at faster than 9:40. Now, this isn't exactly my 5k race pace.  It wasn't really risky....and remember as far as I was concerned this race didn't mean a lot. I wanted to figure things out.

mile 1: 10 min pace feels really slow, but I stuck with it. I forgot how hard mile 2 is with the hills. It's only 1 mile, but 1 mile running at 5k pace on those hills is tough.

Instead of speeding up, I slowed down......which is my history.

THEN, something great happened. Starting my 3rd mile, something snapped in me. I finished the really tough section. I had rolling hills from here on out. I RAN. I saw my pace dropping 10:00, 9:45, 9:30, 8:30.....when I got to the last half mile, I was running as hard as I could, as hard as I could go.....7:15 pace. I was never more happy to have suffered through Liz's run workouts that had me running intervals at sub 7:30 paces because I knew the pain. I ran. I thought, "This pain is familiar to me." 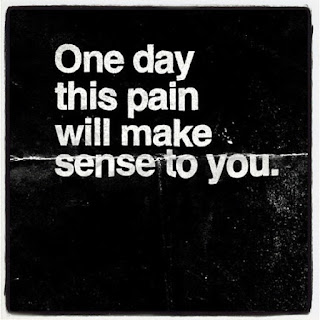 I went into this race not completely rested, not fresh at all. I didn't have any hopes of breaking my own records or getting a podium.

Since I hadn't seen but one woman in my AG the entire time (due to the TT start), I wanted to see where I stood. I was hoping for top 10. I got 3rd. I was quite shocked actually.

My 2nd epiphany of the week

I ended up sitting around for over 2 hours waiting for the awards ceremony. My friends had all left, so I had time to think.

I had a big takeaway from this race.

I finally get what Liz was talking about. The OLY is a damn hard race. It's the hardest distance.

In a sprint, we go all out, but it's short enough that I don't feel the physical pain. Sure, racing hard isn't easy, but it's more of a gasping for air type thing.

When I did the 70.3 last year, I had a 40 minute PR. Liz had me in such great shape, that I never really felt it. Pacing for a HIM, doesn't put the toll on my body. I remember being on the bike and saying to Mike, "This is a piece of cake."  Keep in mind, I don't like going long because it's boring. I've always enjoyed the challenge of seeing how hard I can push. BUT, I also understand the challenge of going long. I understand why it's enjoyable for my friends. At my 70.3, I felt good for the duration of the race. The physical pain was very different and tolerable when compared to the oly. Think about. Usain Bolt can't hold his 100m pace for a marathon. The body would break down. I understand why Liz told me she prefers to race the 70.3 over the oly. It's a matter of outlasting your competition.

We get to the oly where we're racing very hard AND we're going far. When I'm racing an oly, I feel the breakdown happening. (That's what I call it anyway). The swim, not so much. On the bike, once I'm about halfway, I can feel my legs burning. I think, "I can't hold this for another 12, 13, 15 miles" whatever it is. I get off the bike, and my legs HURT immediately.....They aren't sore....they aren't tired....THEY HURT. I have to run 6.2 miles with legs that hurt like hell. Last year, Liz told me that racing an oly is about pain management: You either ignore it better than your competition or you embrace it better than your competition.

I can't say I love the oly. I do it because I think it is going to make me stronger. I realized yesterday that it HAD made me stronger and better able to handle a sprint.

I don't know if I will ever get really good at the oly, but I don't know if I care about being GREAT at the oly anymore. I see the benefit of using it to learn mental toughness (which I lack). I will keep racing them and learning how to race, but if I never break X time.....I'm ok with that because I learn much more from racing the oly than I learned from ANY other distance.

I think that's a good thing. I think it's going to open new doors for me. I'm considering doing things that I hadn't considered before.

That's it. I really did get more than I gave for this race and just in time for AGNATS.

If you made it this far.....you deserve a fucking cookie or something.