A few weeks back, I had a really bad time.

I wrote about it.

Of course, I did.

There was one workout in particular....I had a colossal fail.

I looked at it again.

I compared it to the workout a few weeks back.

Yes. It was the same workout.

I wasn't super surprised to see the workout on my plan again. Liz does that. She's done it to others athletes. When you fail at a workout, she'll put it back on there to show you that you CAN do the workout. The workout itself doesn't even matter. What matters is that YOU DO IT. You PROVE to yourself that you can do it.

Of course, it's not that easy. There's a mental hurdle. I've gotten stronger. I've nailed every single workout over the past two weeks.

But, I failed this one.

I started doing the maths. Last wednesday, x.y, z. On Sunday of this week, I did an even harder workout for a longer period of time.

I looked at the one scheduled today. I'm not going to do it.

Before you say anything, I'm not going rogue. The point of the workout is to go 45 minutes bouncing between 90 and 95%.  Liz gave me a short "out" to collect myself.

I decided I wasn't going to use the out.

At one point, I really thought I was going to give up, but I didn't.

After the colossal fail a few weeks back, I got really mad. I was frustrated with myself. People telling me I was over training or going too hard or this and that.

It was NONE of that. It was a mental failure.

When I signed up with Liz and told her my goals, she said, "This is what it is going to take. It's going to be the hardest thing you've ever done. You're going to want to quit. Are you game?"

What happened to me a few weeks ago is what happens to athletes when they are pushing their own limits.

It's at that point that some athletes back off or quit.

For the rest, it's a turning point. That's what it was for me. 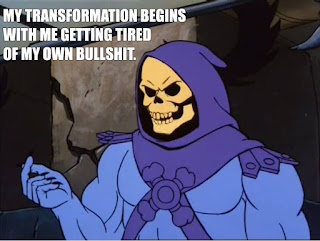 I got mad. I started making sure my nutrition was where it needed to be to support this level. If I needed to sleep in, I did. Most importantly, I came up with new ways to get through the fight.

Progress isn't linear. If it were, more people would succeed at reaching their goals.

We all go through it. Don't be the athlete that gives up.
"When you feel like your back is up against the wall and your confidence has been shaken, dig down deep. You can do what you think is impossible."