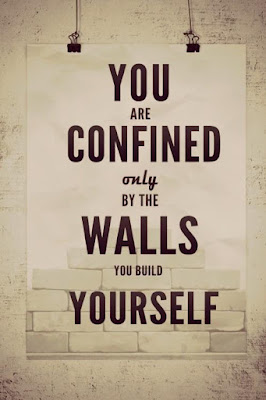 I thought the idea was brilliant. But I've accomplished my time goals since then. I realized that the Sprint and the Oly were far bigger than I had realized. There is a lot more that I want to accomplish at those distances.

In training with Liz, we are just scratching the surface of what I can accomplish. I have really big goals for myself. In fact.....you know....some time down the road....and I mean significantly down the road, I could see going back to the 70.3. Because I think I could do some amazing things at that distance. In order to accomplish THOSE, I have to reach my goals at the Oly and Sprint distances. At the moment, those goals are a moving target.

You could look at it as though I'm really patient. Part of it IS that, but the other part is that I really enjoy short and intermediate distances.

I may have said this already. Our workouts, recently, have gone to a whole new level.  I love it. I love it because I know what she did with me last year and how that corresponded to my faster times and stronger outputs everywhere.

I think about the training that we are doing. The enormity of what I'm trying to accomplish, hit me.

I'm competing at both the Oly and Sprint races at Nationals. Back to Back days of racing AT and OVER threshold.

Now, I've done this type of thing before. We used to have a race here in which you could do an oly and sat and the sprint on Sunday. The key words, once again, are "doing" the race.....not "racing" the race.

At Nationals, I'm planning on racing.

Besides the physical strength, I've been working on my focus. I know that I lose focus in races. So, I've been training in areas with lot's of distractions. I do my runs in areas of high traffic, kids screaming and chasing each other, horns honking.....so I can learn to tune it all out. Tune out the cheering fans on the sidelines. Tune out the other people racing.....and race MY race. Pay attention to MY body and what it is doing and not be concerned about anyone else. I've also been learning a new level of suffering when it comes to running. In the past, I've been asked, "Did the intervals hurt?" I would always answer, "Yes. Of course they hurt."

It takes time getting there. It's not something that happens overnight. Pain tolerance is learned.

I have a dress rehearsal coming up. A swim race next weekend and sprint tri the following weekend.