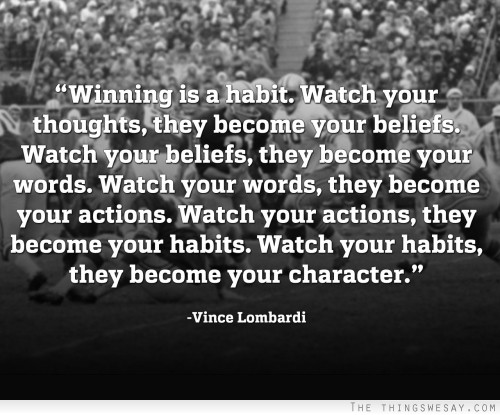 Last month, I didn't go into all the details of what happened leading up to my race. I did this because it doesn't matter. Nothing that happens TO you, matters.

What matters is how you handle it.

We all have last minute crises.

Yet we still manage to make amazing happen.

This is important because I'm not always sure what I want to share. Not because I have anything very personal to say, but because it's life.

Sometimes I *do* tell stories because they're good stories, and they remind people that we all have problems that we are dealing with.

These stories can sometimes affect our race times.

We are judged by our numbers:

I know that some of you only want my end results, so that you can compare them to your own.

That's ok with me.

It has taken me awhile to separate the two ideas of  results versus process.

One of the things I love about Liz is that she never asks, "Where did you finish? Did you podium?" She always asks, "How did you feel about your race?"

That has helped me breakdown the events and look at them with a critical eye. Instead of grouping the entire race together and labeling it as good or bad based on my finish time.

There is a reason that I am talking about this today.

At 8pm Friday night, there I was with my race gear and bike, trying to find a parking lot that I thought would be adequately safe for me to sleep in. I sat in my truck, eating a takeaway pizza from Havasu Pizza. (GO THERE if you visit. The owner is an absolute wonderful man. He introduced me to his entire family and told me about his business).

The next morning, I was up early (time difference and all) and felt fairly good. I had stopped at Safeway the night before and picked up a giant muffin, a couple of bananas and bottles of water to drink and to mix my infinit race morning.

When I got to the race sight, it's pitch black. I'm not used to doing early season races and didn't bring a head lamp.

I racked my bike and met some really awesome women in transition. One of them will be doing Marquee next month. We're in the same AG. Typically, she does 70.3's. Havasu was only her 2nd Olympic distance race ever. As bad as I am with names, I remember her name which came in handy later in the day.

I was doing the sprint.

I did a swim warmup and felt pretty good. The swim is super short (500m).

Prior to leaving, I made the decision to swap out my cassettes in favor of my 12-27.

When I was in transition, I checked out my bike completely. I wanted to have taken every opportunity to make this my best chance of having a good race.

The bike was mechanically fine....even though, Wed night I had a major mechanical failure and had to perform emergency "surgery" on the bike to get it back to working condition. It was bad enough that I almost missed the race entirely. I missed my travel arrangements for Wed, however.

Mechanically fine, yes, but the power meter and garmin were failing to calibrate correctly. There isn't much I could do at this point. I just knew that I was going to check my numbers during the race. If power didn't seem to be matching my effort, I was going to race by effort alone.

Pretty uneventful. I felt really good. I knew I could swim in 7 minutes.

When I exited the water, something was wrong with my garmin. The time was wrong. It didn't match my effort out there.

I didn't think much about it because overall I felt pretty good about my swim. Not my best, not my worst but a solid swim.

I looked at my garmin. The screen seemed to be frozen. I tried hitting the lap button....nothing.
Ok...well, let's get out of here.

As I was leaving transition, I heard the RD say, "the women coming out of the water now are our 10 minute swimmer."

AH! A guideline.....with the long run, in the sand into transition....minus a couple of minutes....Yes....I probably nailed my 7 minute swim.

Feeling pretty good about that I ran off on the bike.

I realized immediately that it was a GREAT move to switch my cassettes. This course is going to be quite a bit more hilly than I had realized. Steep uphills, steep downhills, sharp turns with gravel on the roads and then toward the end a very nice rolling hill road to the finish.

I glanced at my power meter as I was going up a huge hill: it read 154 watts. Definitely wrong. I was going to ride by effort.

Since this was a sprint, I knew that I had to get to the point of my legs feeling a bit like jelly. That should be a bit over threshold and where I wanted to hold my power.

There was a woman ahead of me that I wanted to track down. I knew I was either in 1st or 2nd place because I hadn't seen any other woman. I wasn't focused on where I was in the placings, but I like to see women and use them to get me fired up competitively.

This woman was very strong on the bike. For awhile, we yo-yo-ed. I realized she was just plain better than me on the bike. She must have been able to tell that I was giving it everything because she pulled up along side of me and said, "There are two women ahead of us. Let's go get them."

Normally, this will get me going.

Today, I was already giving it everything I had. I was going as hard as I could, and I simply couldn't keep up with her. (She finished :24 ahead of me).

At this point, I believe that I am in 4th place (based on what she had said). I was thrilled. I know the competition at this race is tough, and I am giving it everything I have. I am breathing incredibly hard. My legs are shaking. I can't give another inch.

This also why placings, paces and times aren't important. I averaged 17.8 mph on tough hills, and that was everything I had.

For the most part, I was happy with my bike effort.

When I got to the run, The first half a mile and the last quarter of a mile are in sand. I really really struggle in sand.

Mentally, this start took a toll on me.

Then, there was the stupid steep, straight up hill, that everyone just plain walked. This run course is uphill out and downhill on the return. The website says it's flat and fast....don't believe it.

This was a tough run for me. My pacing plan itself was out the window. Again, I used effort. My goal was to increase my effort every mile. It might not reflect so much in pace, but I would call it a success if I felt like I was working harder.

Interestingly, even though I wasn't breaking any speed records on the run, I noticed that I wasn't really seeing ANYONE on the run.

When I hit the turnaround, I started seeing many many many people. That told me that everyone struggled on the bike course and are struggling on the run.

I'm not out of shape. I'm not going slower than everyone else. EVERYONE is struggling out here.

Somehow that made me feel really good about what I was doing. I really was doing my best. It might not be my best speeds or times, but I was physically doing what I could.

I ran....stumbled through the sand once last time and head to the finish line.

With my garmin troubles, I had no idea what my times were. I grabbed water and went to check results.

I came in 3rd. No one was more shocked than me. I was racing "blind". I had no idea how fast, how hard or how long I had been out there. I knew Mr. Tea and Liz were going to ask me questions, and I wouldn't be able to answer them. I sent them both, quick messages telling them that I don't have accurate garmin data but somehow I pulled a 3rd place out of my ass.

Over the years, I've changed my opinion of awards ceremonies.

The first few times, I was geeked up to go.
Then, I stopped going.

Now, I think it's important to go to the awards ceremonies because (IMO) it's disrespectful to the Race and all participants if you don't go.

Unfortunately, I had to get back to Vegas. The awards ceremony wasn't for a few hours. I couldn't wait for it.

Since my car was packed up and ready to go, I jumped in and head back to Vegas.

I realized that I was going the wrong direction and saw the race going on right next to me.

I looked over and right next to my truck is Laura....running. She has about 1.5-2 miles left.

I opened my window and yelled out to her. Of course, she did not recognize me at first. Then, I saw her smile and wave.

Officially, my first successful race is in the books.

Liz and I had a pretty lengthy discussion about the race today. I'll probably write about that later in the week because there was some pretty enlightening things in there.


My next race is my first peak race of the year. Marquee, olympic distance in April done at the same venue as SOMA 70.3 last year (Tempe).

Based on the conversation that Liz and I had today, I need to get my head wrapped around and fully committed to a slightly different approach to racing. One that will really help me in the long run (pun intended).