There will be bumps 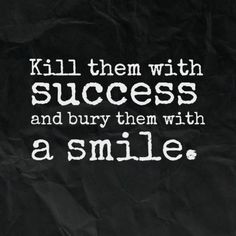 Do you have people in your life who tell you what you need to hear, no matter how hard it is to hear? Those are the keepers in your life. Those are the people that believe in you the most and are willing to take the risk of being honest with you, knowing that it might hurt or make you angry.

I have enough yes-men in my life. I have enough people who tell me what they think I want to hear. When someone says something that I'm not expecting, I know I found a good one.

I have these people. I'm so thankful for them. I don't have many, but we don't need many. In fact, we really just need one.

Last week was a really hard week on me. It started the Friday before my race. The week was so bad that I knew I was going to need a week to withdraw and not talk to people because I would have said something I regretted.

I also knew that it would be a bad week for making big decisions.

At the end of the week, I got an email from my Coach asking, "I read your blog. I don't know if you wanted me to, but I did. What are you going to do about the 70.3". (That's obviously just a summary of her email.)

First of all, it was incredibly refreshing to have someone call me out about a post; instead of sulking away or pretending they didn't read it.

I responded with a list of reasons why I had concerns about doing it.

And I expected the bullshit answer, "YOU CAN DO IT. YOU'RE STRONGER THAN YOU GIVE YOURSELF CREDIT."

Why is that answer bullshit? Because that's the answer that I have been given by all the YES-MEN in my life. It's the generic answer meant to boost someone up. It's the answer given when someone doesn't want to have the honest conversations. Besides that, giving that answer would mean that she didn't read my answers. And trust me, I don't have confidence issues. I don't need anyone to 'boost' my self-esteem. I know exactly who I am as an athlete. I know exactly what I'm capable of doing.

Yet, that's the answer I expected. If I got that response, I would have simply said, "You know what? Let's skip the 70.3. Maybe try again next year."

But, it's not the response that I got. Instead, I got a message saying, "You have some really good reasons for not doing the race. The only piece I can address is the training piece. The decision is yours."

She gave me the choice. Once again, she is allowing me to control my own experience.

Having this control over my own training/racing, really changed my outlook.

I thought about it for a couple of days. I had to talk to Mr. Tea. This is one of the biggest issues for me.

While we were raising the boys, I kept saying, "Once JMan leaves for college, I can do long course again."

But then reality set it.

You see. Mr. Tea and I got married young. In fact, he's 5 years younger than me, so he was REALLY young. A month after we got married, we found out we were pregnant.

We've never had the newlywed stage. We've never had that time where we could just be "us". With JMan leaving, I realized that we waited 21 years for this, and I was going to fill the time with training. It just didn't seem right.

I laid out all of this for Mr. Tea.

And I said, "But I'll be gone for over 5 hours on a Sunday. That's time we can be doing stuff. After training, I'll be too tired to do anything."

And he said, "Don't worry about me. I have things to do to fill my time."

It's funny isn't it?

Someone tells me, "YOU CAN DO IT. You're stronger than you think you are.", and I'm less likely TO do it.

Someone says, "You make good points. Here are some things to think about. It's your choice", and it makes me want to do it.

Thank goodness for those people who tell me what I really need to hear.