For a couple of months, we've been doing entirely new types of run training. There were times that I was getting so frustrated with myself because I couldn't get it.

Full speed ahead, I ran into a mental block. I started questioning all my training. Maybe I'm not meant to do this. Maybe I should just give up hope. Why do I even bother? Obviously, these training practices are made for other people, not me.

At the same time, my swim coach took a day and told me that we were going to work on my fly. My fly looks like I'm having a seizure. I'm ok with that. I'm a freestyler. Still, I could tell that my Coach had grave concerns about my fly.

We spent an hour, working on fly.

At the end of the hour, I don't know if I'd made any progress. In fact, I felt like my stroke had disintegrated a bit. My mind was completely overwhelmed. I CAN'T GET THE MOVEMENT.

I wanted to throw in the towel. I was beyond frustrated. I'd run head first into a brick wall with my running and now swimming.

Mr. Tea saw me and asked what I was doing. I explained that I was thinking about skipping my optional workout.

Despite making me laugh out loud.

He had a point. That's exactly who I am. I don't give up when I run into obstacles. I always find a way.

Two days later, we had a giant IM set at masters. The entire workout was 4000yds.

Without thinking, I took off for the first 100 IM. I left without fins (for fly). I left.without.thinking.

I took off from the wall and did fly, not poorly.

Over the weekend, I had a race. The point of the race was a pacing exercise. The race was fine.

Liz and I talked afterward. She said something along the lines of "You've got to work on this".

I took a step back. 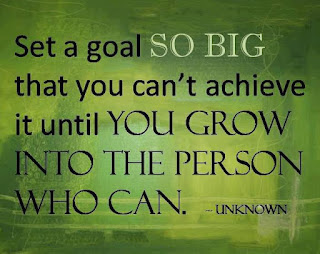 I wasn't mad at Liz. I was frustrated with myself.

These are my goals. Liz is telling me exactly what I need to hear, not what I want to hear. She is not going to let me off the hook that easily.

Once again, what do I need to do to make this work?

I'm in great running shape. I can run long distances or speed work. I have the fitness I need to do these workouts.

I thought about learning fly.

My inability to do what I needed to do wasn't a result of poor fitness.

It was a result of what was going on in my head.

Where your head leads, your body follows. Your body will do whatever you tell it to do.

I went running today. Instead of trying to figure out how to make my body move. I did one thing. I told it to run the way I need to run. 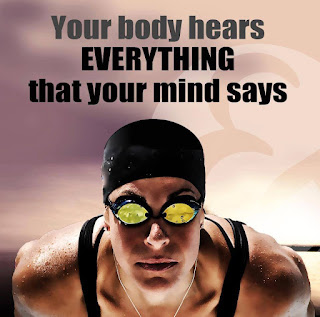 I've taken the next step in my development.