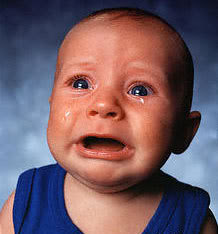 WHAT DID I DO TO DESERVE THIS?

Today was the first day that I felt somewhat back to normal. At least my sense of humor started returning. As for feeling 100%, I'm not there yet.

I did, however, swim yesterday. Believe it or not, swimming is the hardest thing for me to do at the moment. I went to masters because I really needed some semblance of normalcy.

Since Justin's accident a few weeks ago, I feel like my life has been chaos with one thing or another happening. Being so sick on top of everything, it's been a rough patch.

SO----that's why masters was important yesterday. I knew it would be hard for me to keep up, and it was, but I needed to feel like I was doing something fun...something that I really enjoy. The men that I swim with are genuinely nice. They kept checking on me to make sure I was ok.

I guess it's a bad sign when someone turns completely white?

Anyway, I was driving home from masters when it occurred to me that my off season is almost over. It ends on 12/31. My season will be starting earlier than it ever has (in Feb) and then my last A race is the beginning of August.

Other than the 2 weeks of being sick, where I barely cracked 4 hours of training, my training hours are coming in around 9:30.

This was my first off season with Coach. I really enjoyed it because it was made FOR ME.

I know many athletes and coaches generically do the swim/bike/run focus in the off season. I was mentally prepared for that again.

When I asked Coach (months ago) if I'd be doing a swim focus, she said, "You don't need a swim focus. We're going to make you into a powerful runner."

You could probably hear my sigh of relief halfway across the world.

It never made sense to me to do a swim focus when that is my strength. Athletes and coaches get so enamored with the idea of doing what's easy, they lose sight of doing what is important. Of course, it's easy to throw swim/bike/run focus into an off season training plan.

But does that really help the athlete?

We are by no means ignoring my swimming, but it's more of a maintenance mode. I'm going 3x per week. After spending time with my swim coach and then sending that feedback to Coach Liz, my swim coach earned Liz's respect. He gained her respect for the type of workouts and the feedback he has been giving me. She takes that feedback and gives me drills once a week to work on those issues.

And that's without a swim focus.

The bike has truly been maintenance mode with riding 2-3x per week with it being mostly....I think entirely drills. When the roads are clear (which has been a lot), I take it outside. I love Fall/Winter riding.

In a couple of weeks, however, we have a bike test. I'm looking forward to that. I think I'm stronger on the bike this year than I was last year at the same time.

It's the run that we've been putting a lot of energy. Running + strength work + plyo work + core work. This can be as many as 3 workouts a day. Run, strength, core or run, plyo, core or....well, you get the picture.

Squats, box jumps, one leg jumps, lunges, plank, side plank, more plank, V sit on a ball? Fuck yeah. Any way you can possibly think of moving my body, I'm doing it.

Powerful runner? Yeah. I think that's right around the corner.

I got a glimpse of it last week. I had a 5k. I knew I wouldn't be able to race it. I ran it easy instead. Easy at a very fast pace....a pace that used to be my race pace.

I want another opportunity to run a 5k, but I need to be 100% before I do. There's a 5k on 12/20 that we're looking at. It's a 5k that I've run many times, so I can compare to previous years. Obviously winter times are tough to compare because the conditions can be anything from a gorgeous 40 degrees to a blizzard with 10 inches of snow. I've done this race in both of those.

Then we hit January/Feb where I have a few more 5ks and a 10k.

Believe it or not, my first Tri is in Feb....in a very nice warm place.

As it stands right now, I'm not sure what I will do after my August race. I'm thinking about running a half marathon in the Fall.

There you go. You're all caught up on my training escapades. I'm sure you were feeling all empty inside.